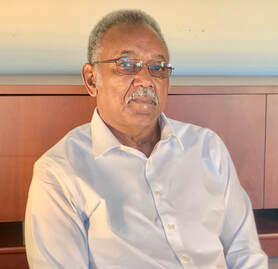 Wayne Brown is a native of California and was born and raised in city of Los Angeles. He joined the US Airforce in 1968 and serviced 4 years of active duty. After returning home, he enroll at Los Angeles City College and then transferred to Cal state Long Beach. In 1978, Wayne and his family relocated from the Los Angeles area to the Inland Empire, where they currently reside in the city of Moreno Valley and also enlisted in the Airforce reserves at Norton AFB in San Bernardino, Ca. He served as an aircraft mechanic and later retrained as a C-141 flight engineer and with a combine total of 22 years, retired from US Airforce in 1992.
Wayne’s accomplishments includes, owning and operating a full service security alarm and security guard company in the city of Riverside for 15yrs, also working for Raytheon Aerospace and retiring from the State of California. He currently is the founder and CEO of Gospel Corner Network Inc, a 501(c)(3) nonprofit with a dba of SoCal Family Support Services and a veterans resource unit.

Wayne’s passion is in the service of the Lord and helping disadvantage people in our community. He has served on the deacon board of, Body of Christ church and currently serving on the deacon board of Greater Grace Worship Center. He was happily married for 48 years and raised three wonderful sons, and has 10 grandchildren.
Support Us